I had Namafu Manju which are made by flour gluten for breakfast.

We could stay till noon but we checked out to explore Kyoto.

We are not allowed to take any photos inside of Main Hall so you need to visit to see them with your own eyes.

I sat at outside of the Main Hall to enjoy peaceful moment.

This is where I sat.

This is the view from the Main Hall. 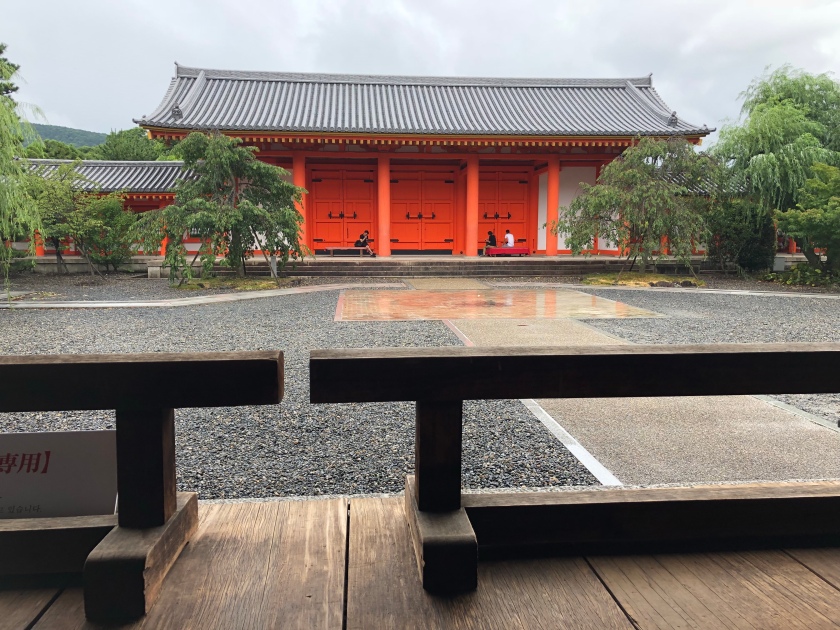 There is a nice Japanese garden. 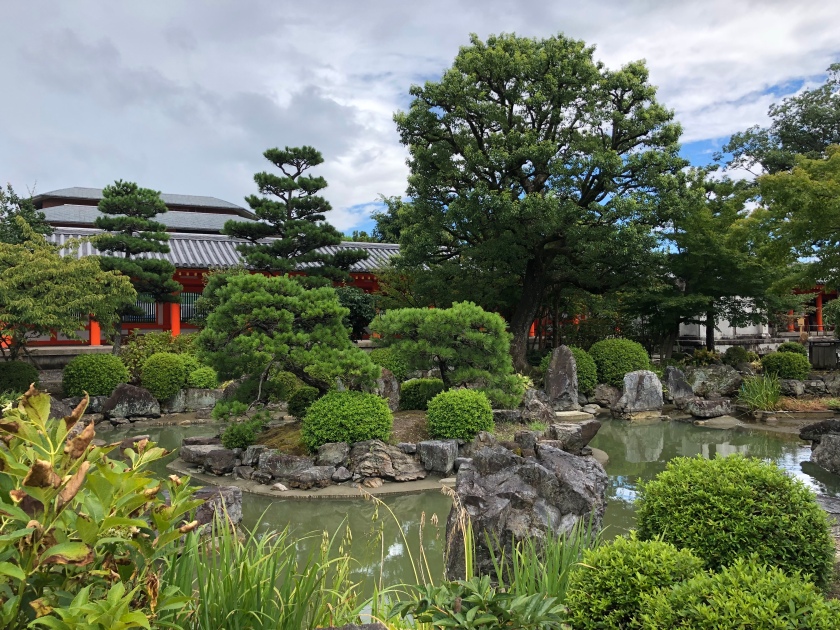 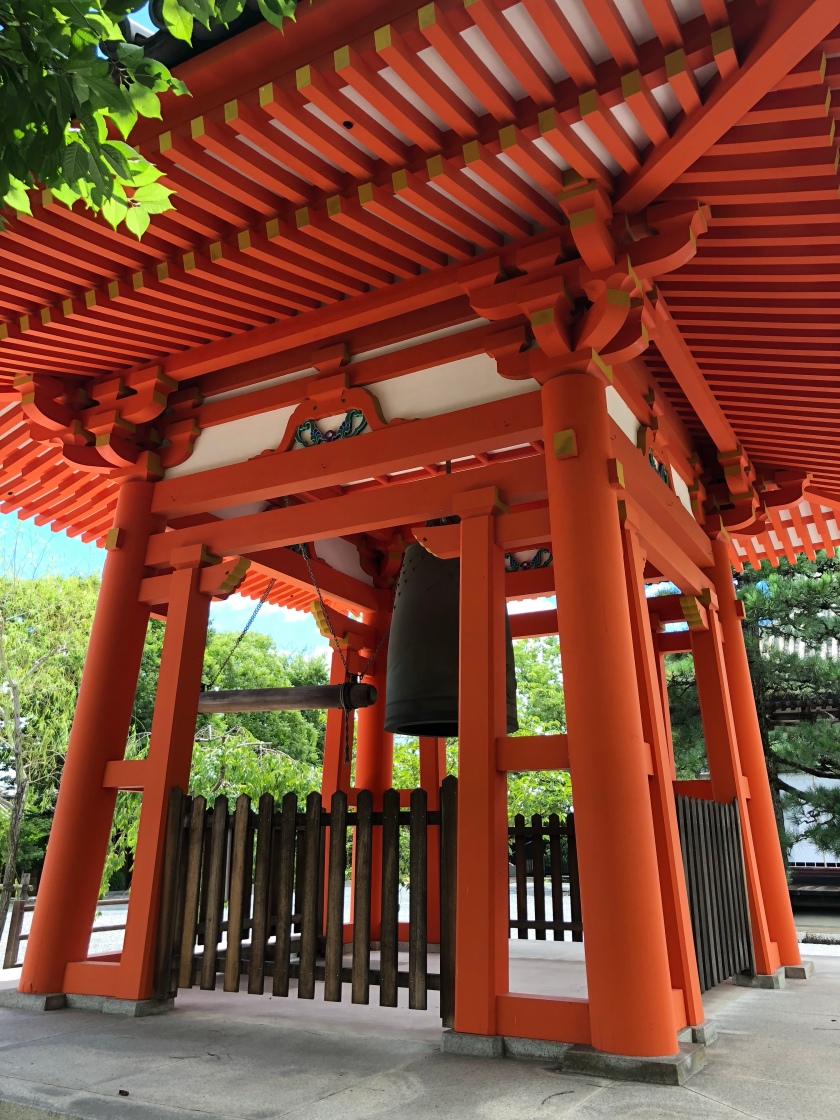 There is a spiritual well.

A Buddhist monk dreamed about this well.

Water is cool and delicious.

This well never dried up and never too much.

The sound of welling is like sound of sobbing; therefore, this well is called Yonaki Sen (the origin of Night Crying).

This water can also calm down night crying babies. 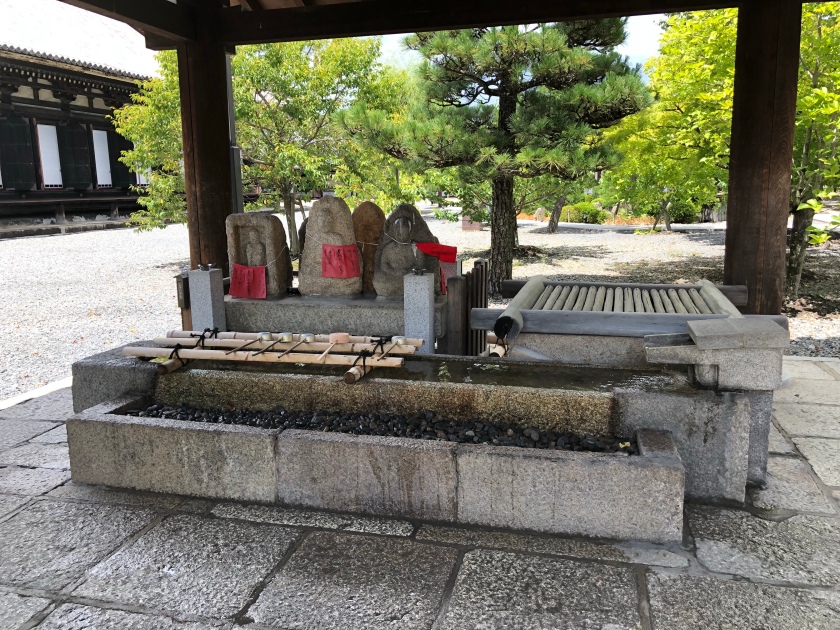 After spending peaceful moments at Sanjusangendo, we took a lunch break at Maeda Coffee at Kyoto National Museum. 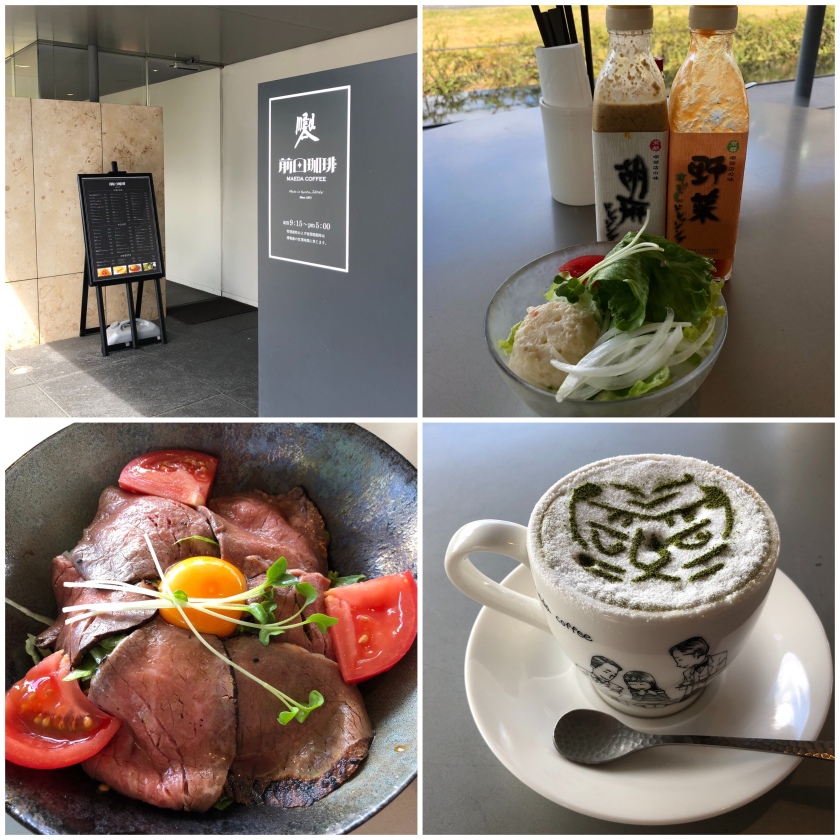 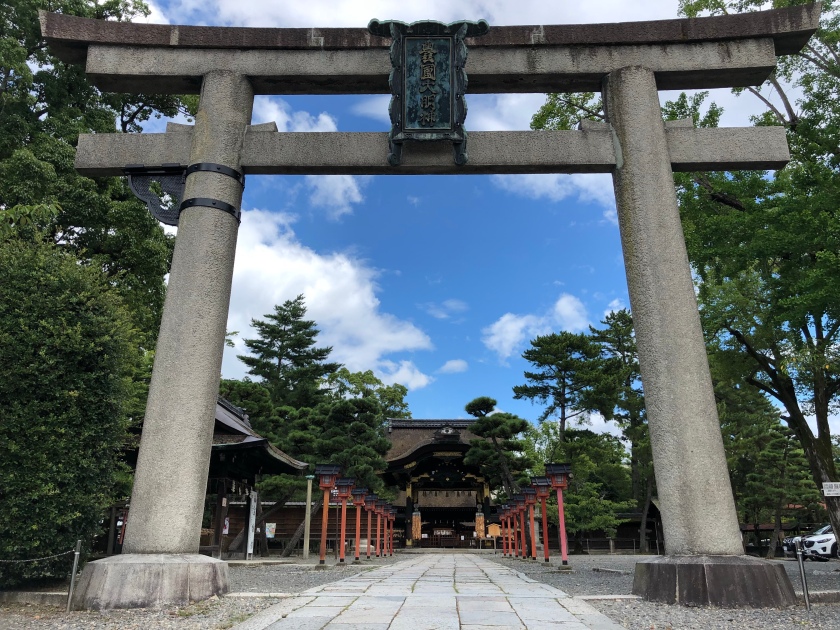 Hideyoshi was farmer then he climbed up the ladder to become Shogun who unified whole Japan for the first time.

He used gourds for his symbol when he was just a horse-riding worrier.

He added a gourd one by one after he won a war.

That is why gourd is a symbol of success and there is a gourd vine.

Next to Toyokuni Jinja, there is Hoko-ji (Hoko Temple).

Hideyoshi built a large Buddha, but it broke when Fushimi Large Earthquake hit the area in 1596.

The bell is from the original from Hideyoshi era.

We can see two white boxes on the bell.

These words triggered a war between Toyotomi and Tokugawa.

Next, we visited Yogenin (Yogen Temple).

This place looks peaceful from outside, but this Temple is known as Chitenjo (Blood Ceiling).

This temple is built to calm down warriers’ souls who lost their lives by harakiri because of losing a war.

The floorings of Fushimi-Jo (Fushimi Castle) are now used as ceiling.

We can see Taisho (Master) of body, hands, feet, etc.

We are not allowed to take photos here so I can only share partially with these postcards. 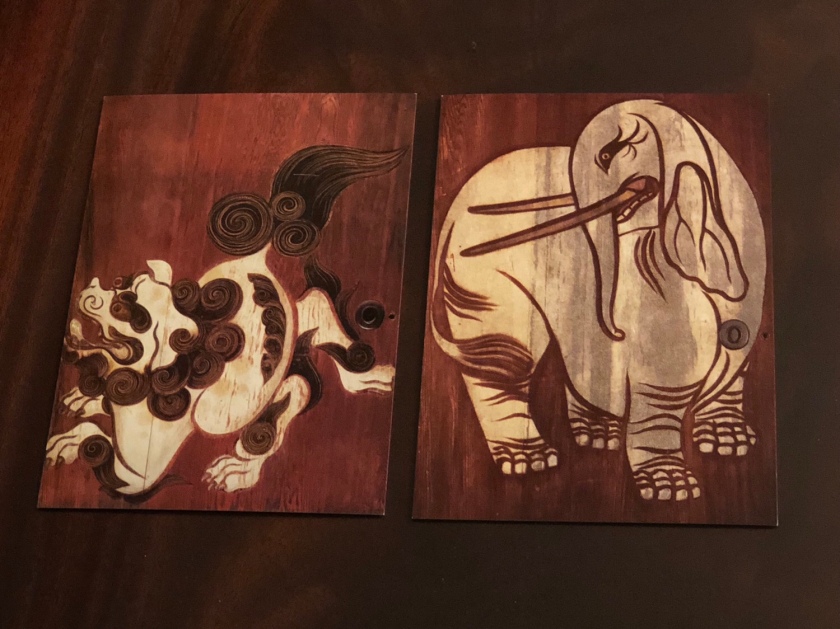 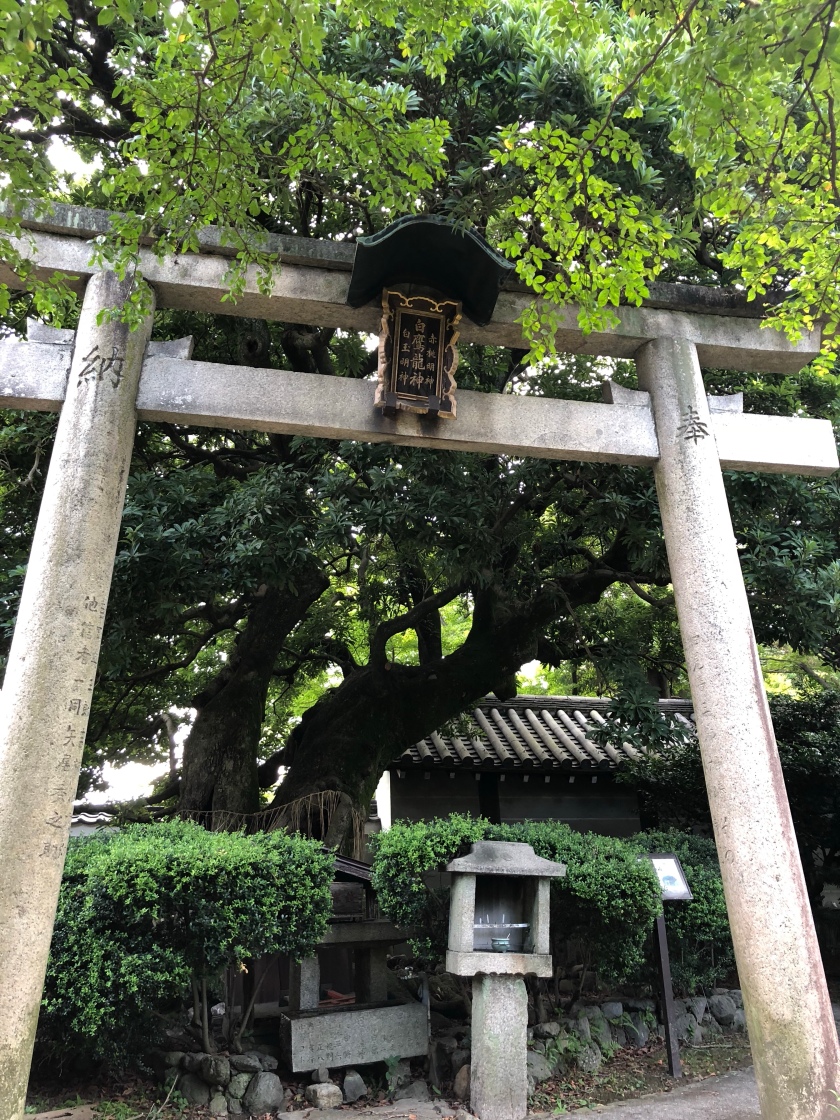 This Fire of God replaces bad fortune for us.

I quickly pray to other Gods and Goddess.

I thought we might not able to visit many places today; but we did.

I bought a Kyoto Cuisine obento (packed food) for dinner.