There is a train map.

I had a lunch box on the Shinkansen.

We arrived Morioka Station and look!

There are many buses for tourists!

We headed for Aomori by bus.

We stopped at Tsugaru Service Area for a break.

We can take a good view of Iwaki-san (Mt. Iwaki) that is also called: Tsugaru (Tsugaru is old name of this area) Fuji.

First, we checked in at Ryokan (Japanese Inn), Asamushi Sakura Kanko Hotel because Nebuta Matsui (Nabuta Festival) starts 7 pm so that we have to have an early dinner at 4 pm.

The room is in old fashioned.

There is a Fusuma (Sliding Door), I opened then… 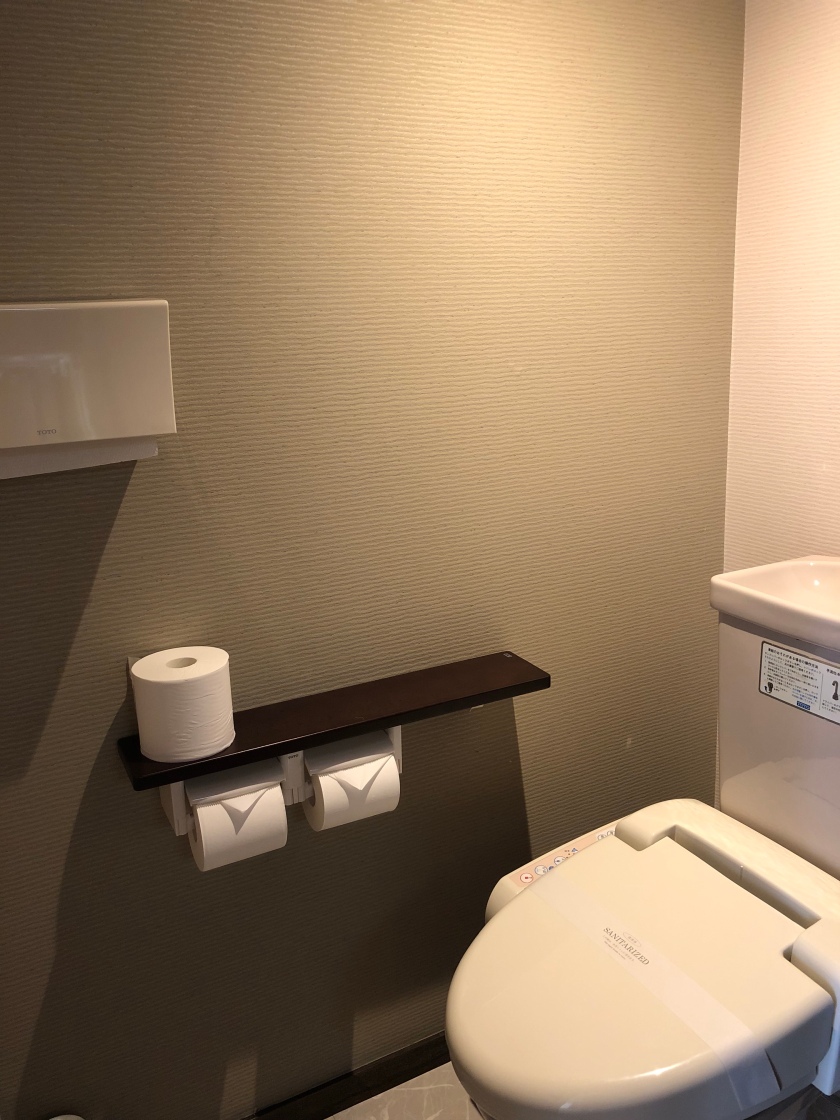 A view from a room is also nice. 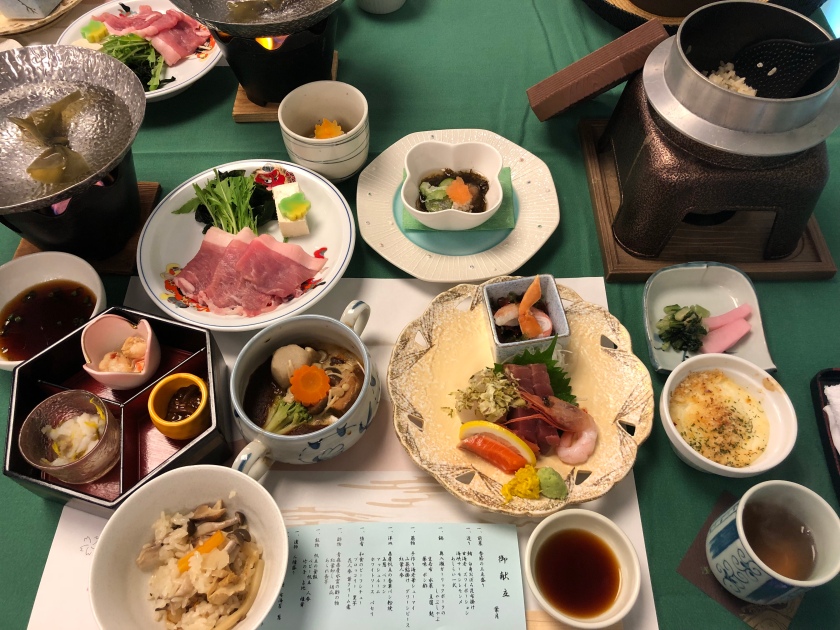 I also had a Wakame Men (seaweed noodle) 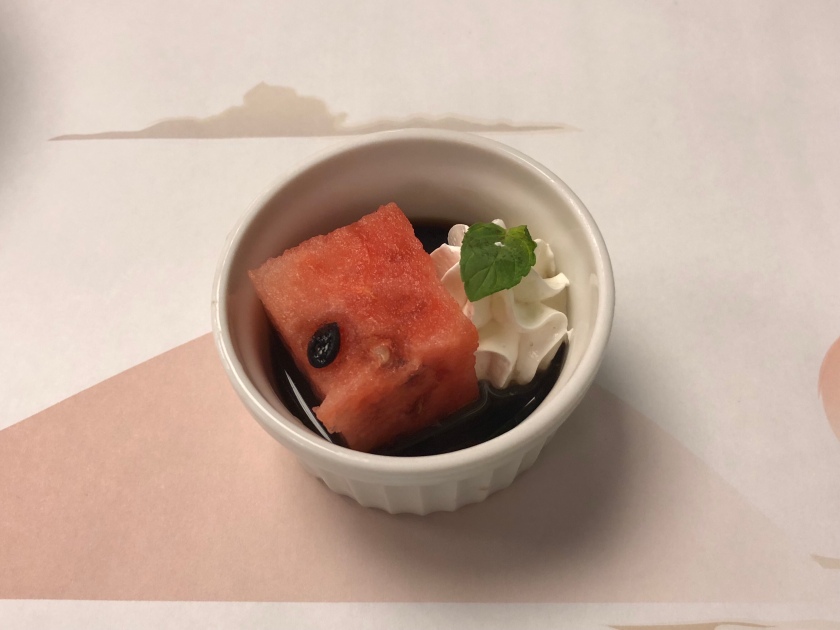 These food are made of fresh ingredients!

Then we left Ryokan for Aomori: Nebuta Matsuri. 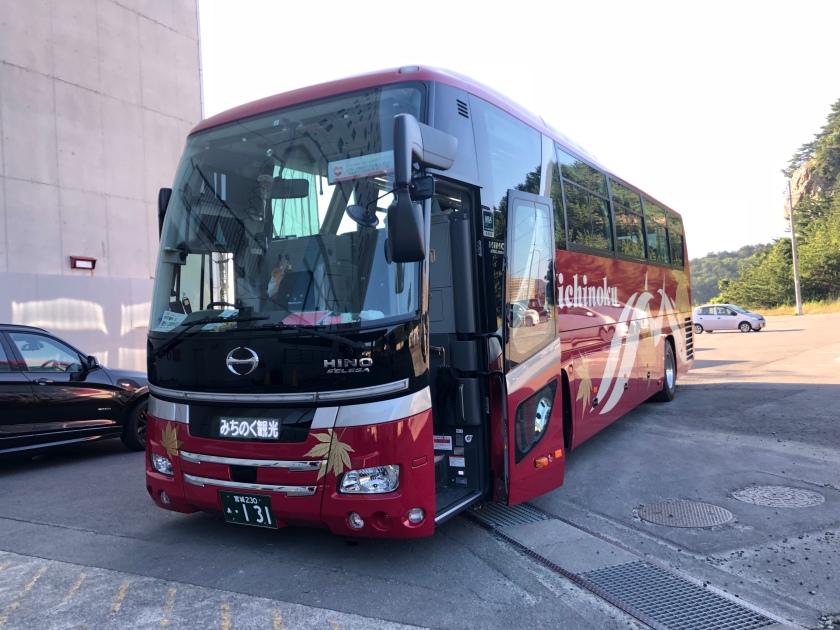 There are bankers for Nebuta at ASPM (Aomori Sightseeing Products Mansion). 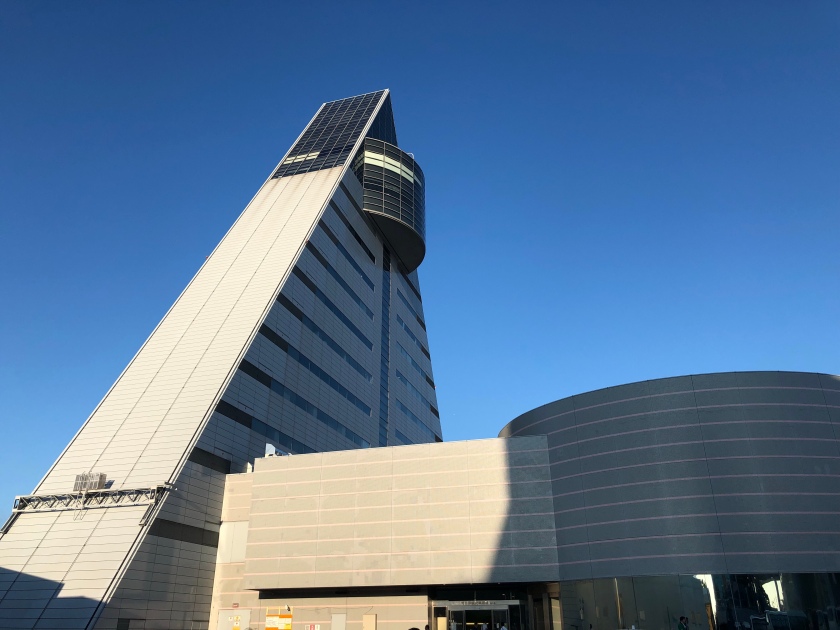 Then we moved to our seats for watching the Nebuta Matsuri.

The origin of Nebuta is the lantern festival.

The decoration became unique so craftspeople started to present.

That’s how this Summer Festival began.

They will turn it, spin it and bow it!

There is a group of Hayashi (musicians), making rhythm. 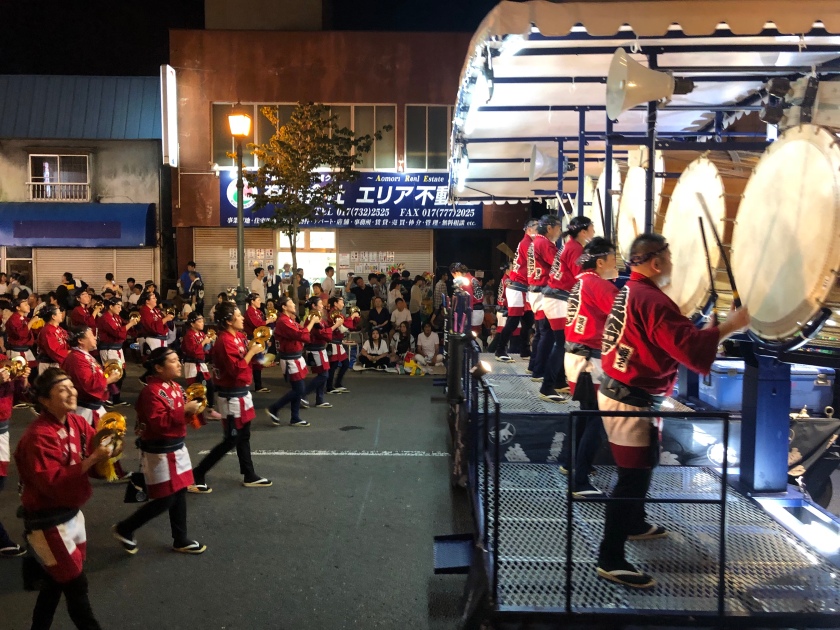 Haneto (Jumpers) – anybody can rent a formal wear to join jumping.

There are cute ones. 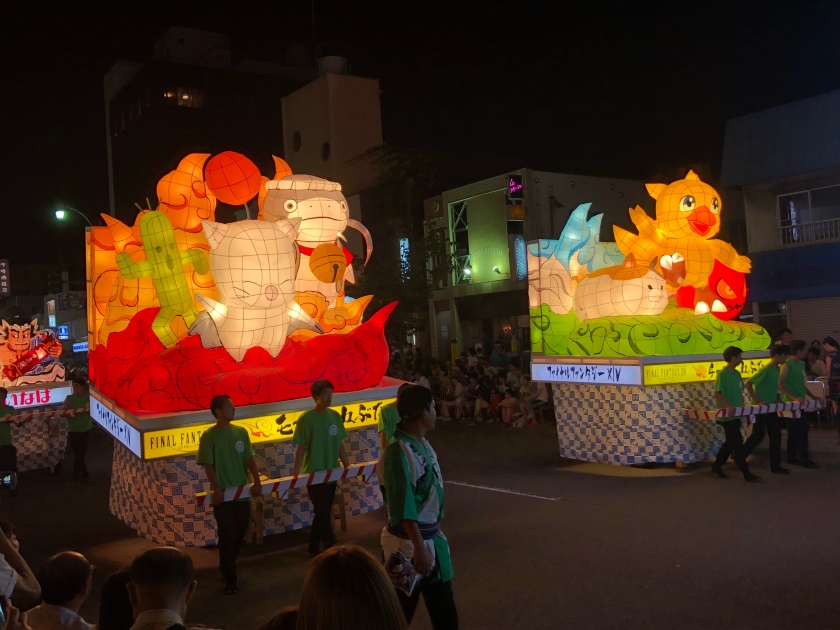 Even from small, they turn Nebuta. 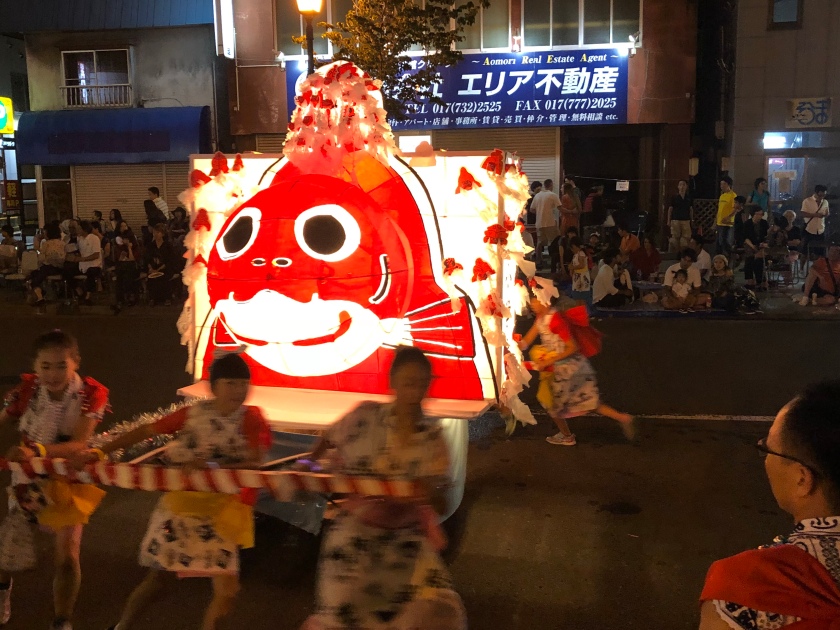 There are so many people to enjoy the moment together.

After enjoying it for about an hour and half to returned to Ryokan. 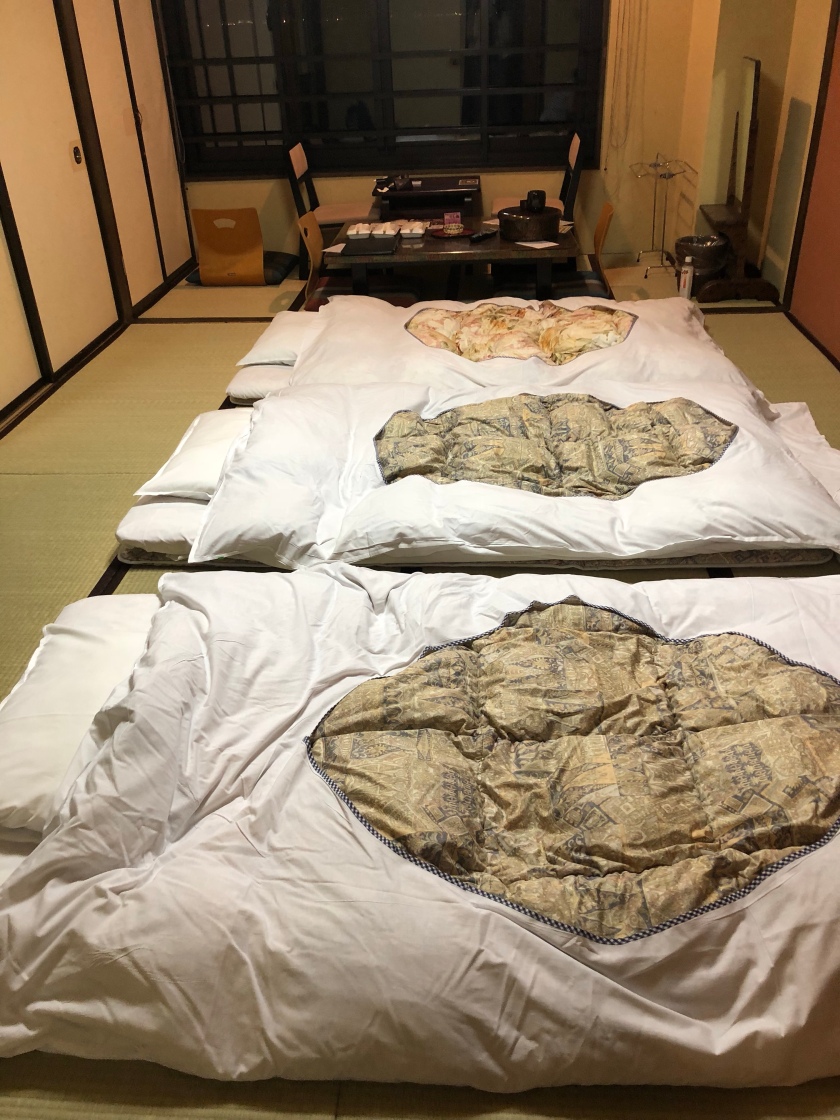 And I found a supper on the table…?

After satisfying my stomach, then I took Onsen (hot Spring) for my relaxation.

We are staying at Asamushi Onsen (Asamushi Hot Spring).

Water is cleared and nice.

My skin is smooth and moist!