It is non-recorded Japanese summer holiday season this week.

We call it Obon and Chinese call this Ghost Festival.

This is not stated as Japanese national holidays on the calendar though many companies and factories close during this period.

Japanese Government doesn’t support any religion; however, Obon is one of important Buddhist ceremonies and majority of Japanese are Buddhists.

Japanese corporates close during this season so that employees can freely take a break.

The week is ending and so as Summer Holidays.

Many people plan to return to Tokyo from their hometowns on Friday and weekends.

Due to this large sized typhoon, flights and trains (Shinkansen) stopped the service to avoid any coming disasters such as blackout.

According to the news, people started to return earlier to Tokyo by changing their plans.

The clouds are moving fast in Tokyo as well.

A frog is also surprised with this weather. 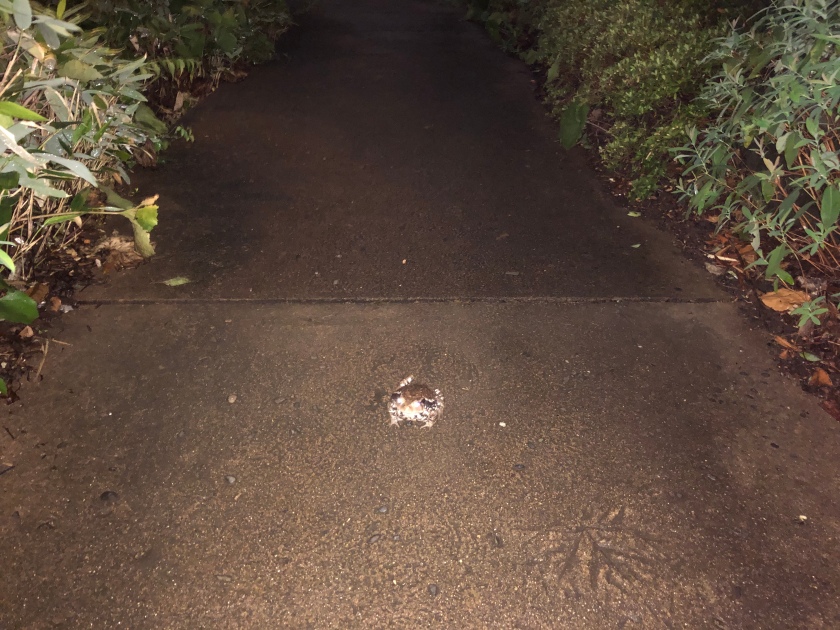