It seems many cargo trains passed by last night; but I didn’t wake up till my alarm went off.

I woke up feeling fresh this morning. 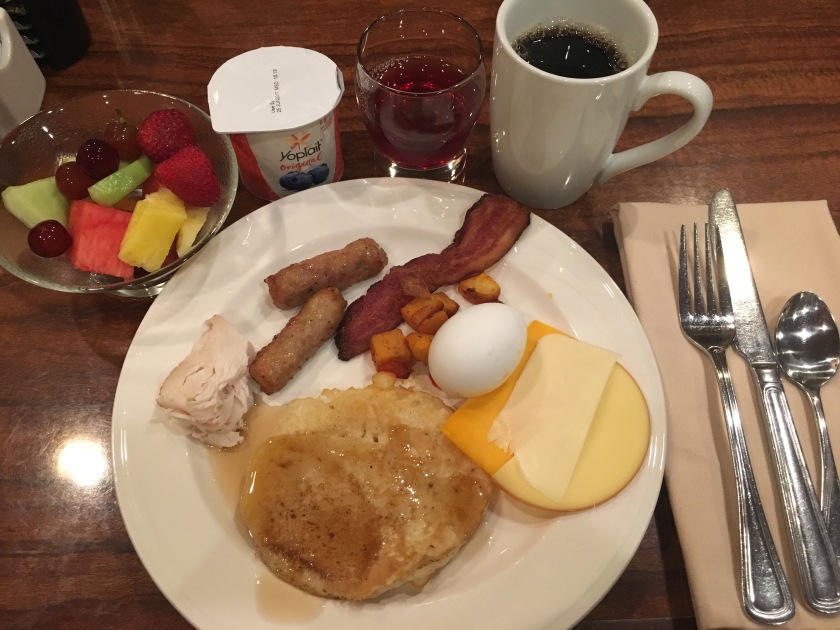 A bus is climbing mountains.

On the way to Yosemite, we drove through Mariposa, which was a gold mining town in 1848 at the time of  the California Gold Rush.

Many speculators rushed to California to look for Gold especially in 1849; therefore, they are called 49ers which now named for American football team, San Francisco 49ers.

Players are definitely “49ers” because they also rush for an opportunity (ball) to make them famous and wealthy.

This town didn’t die after the California Gold Rush era died because the town became a resting area before reaching Yosemite.

This is how they mined gold.

On the way to Yosemite, I could see old mining points. It took over 3 hours to reach the Arch Rock Entrance of the Yosemite National Park and also the Unesco’s World Heritage.

I am lucky because I was told that past 7 – 8 years it didn’t rain enough so waterfalls and rivers were thin and some points dried.

However, last year it rained well so I could enjoy powerful waterfalls and rivers today!

At the Tunnel View point, I overlooked the Bridalveil Falls (on the right), Half Dome (a peak in the center) and El Capitan (solid granite mountain which is popular for rock climbing on the left).

From a different point, we can take a look at Ribbon Fall next to El Captan.

And moved to another point to have a close look of Bridalveil Fall.

This fall named Bridalveil because at the bottom of the fall, the mist looks like as if bride’s veil is flipping by wind. 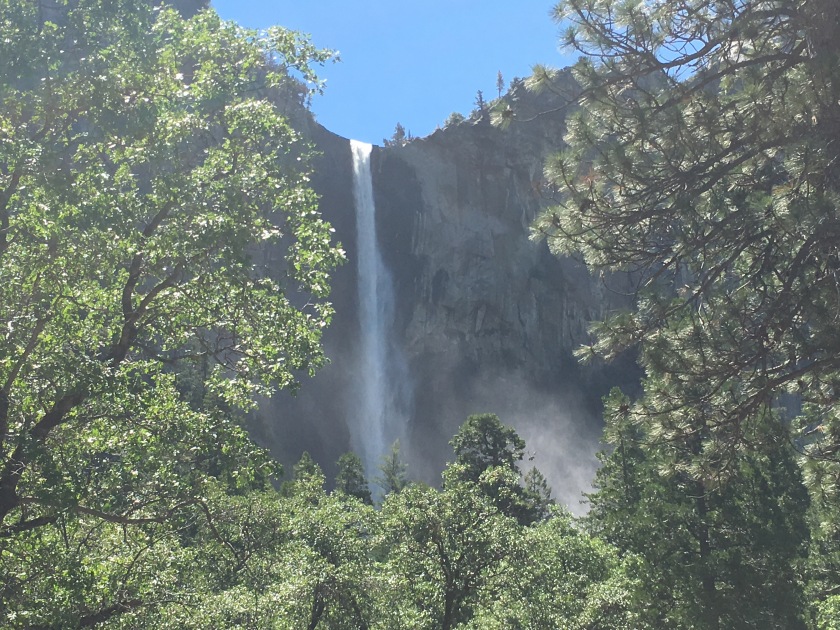 From the different point, I enjoyed peaceful looking Half Dome.

After viewing iconic points from different places, I became hungry.

I had a turkey burger (not a sandwich) and salad with ranch dressing at Yosemite Valley Lodge.

After lunch, I walked to the bottom of Yosemite Fall.

It’s so dynamic and powerful so I got wet at the bottom of Yosemite Fall.

On the way out of Yosemite, I enjoyed closer look of El Capitan and Bridalveil Fall.

I could feel the great power of Mother Nature by looking at many huge rocks cracked in two like this as if somebody cut it by a knife. 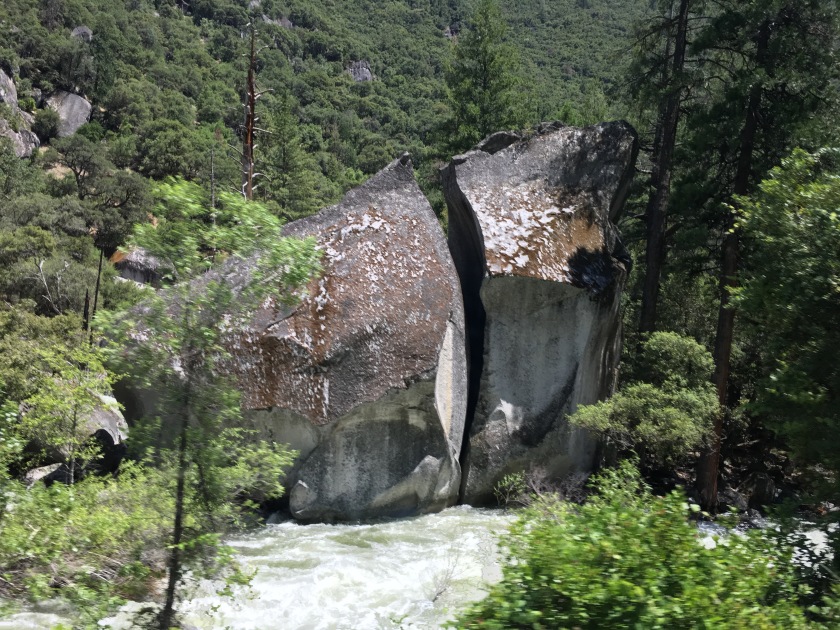 I bought a pair of socks and cap for the memory of Yosemite.

Agriculture is one of major industries of California.

California is famous for production of almonds, pistachios and olive oil.

This is an almond tree.

And these are almonds. 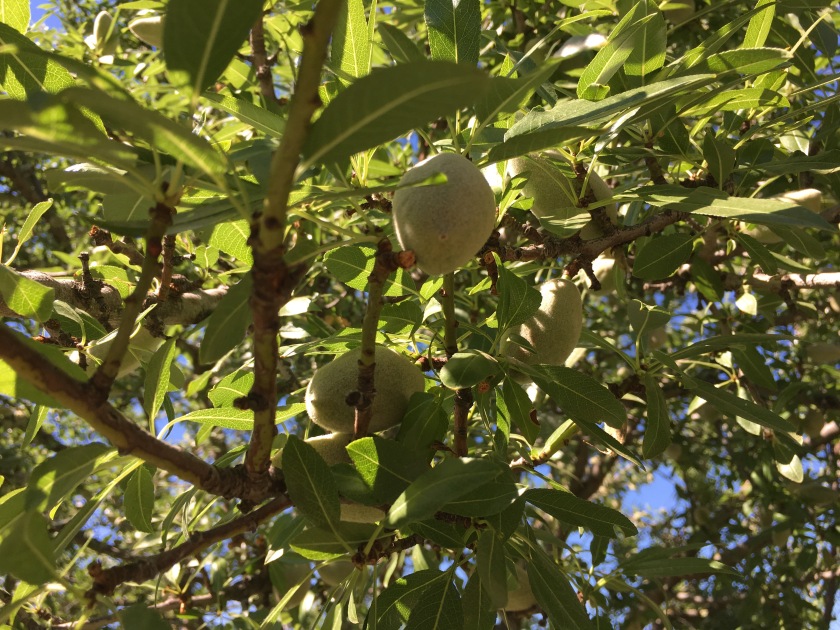 I bought these as my sourvenirs: Californian inshell almonds, inshell pistachios and olive oil. 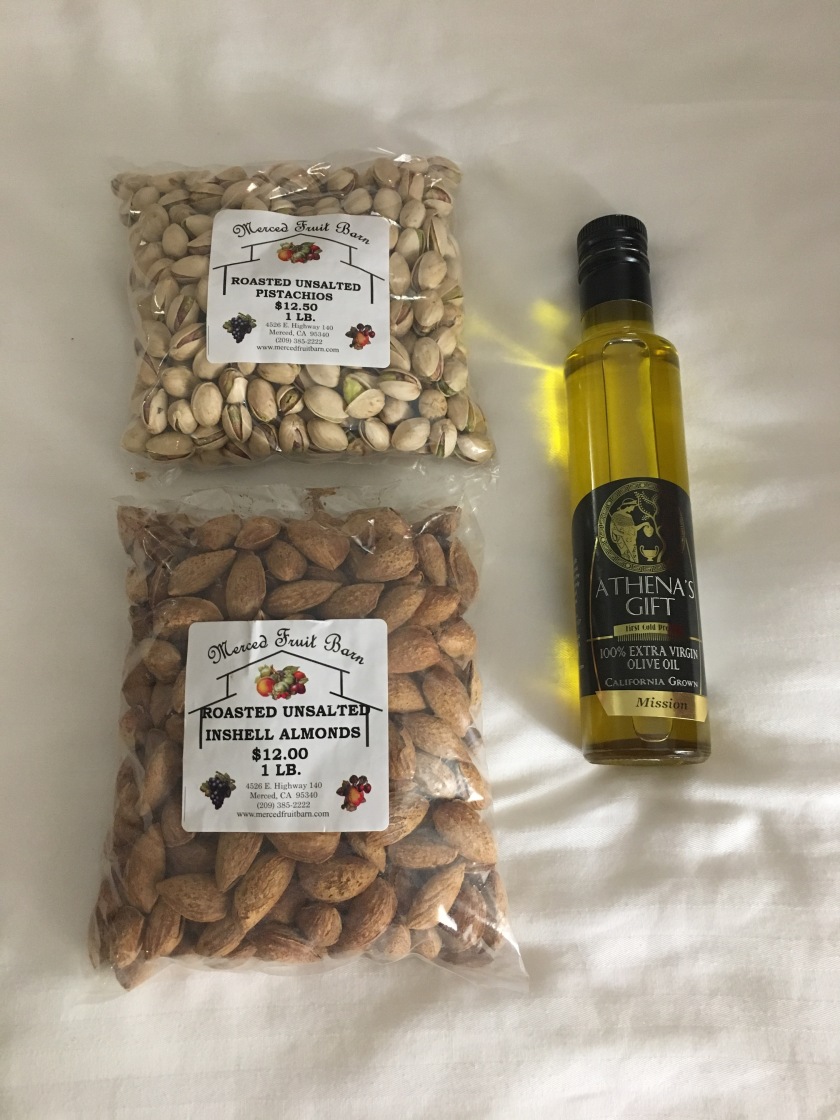 Not only shopping, but I also enjoyed window views such as Wind Power Station (there are many as 300) and trains (could be over 100 cargo containers). 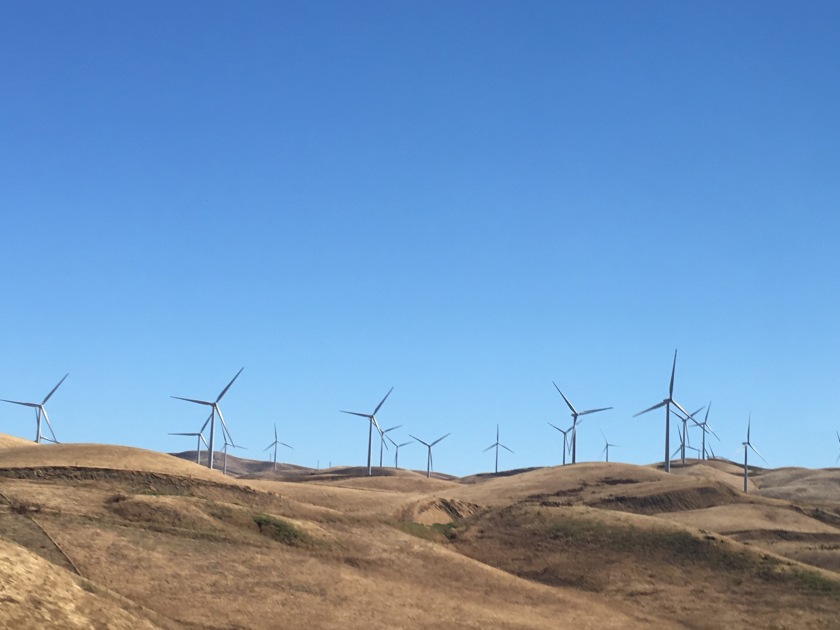 Before reaching to the hotel, I had a nice over 200 g rib eye steak and local beer, Sierra Nevada, at the Black Bear Diner.

Restaurant is so cute, fully decorated with black bears!

After a nice dinner, passed by Rakuten (Japanese leading e-commerce platform with 30% market share follow by Amazon (15%) and Yahoo Japan (3.2%)) and reached tonight’s hotel: the Best Western Plus Grosvenor Hotel. 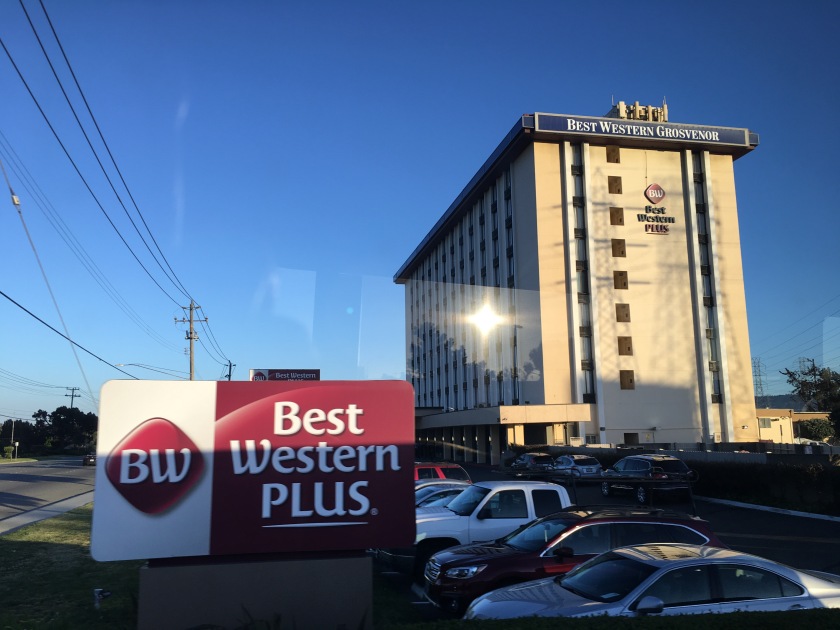 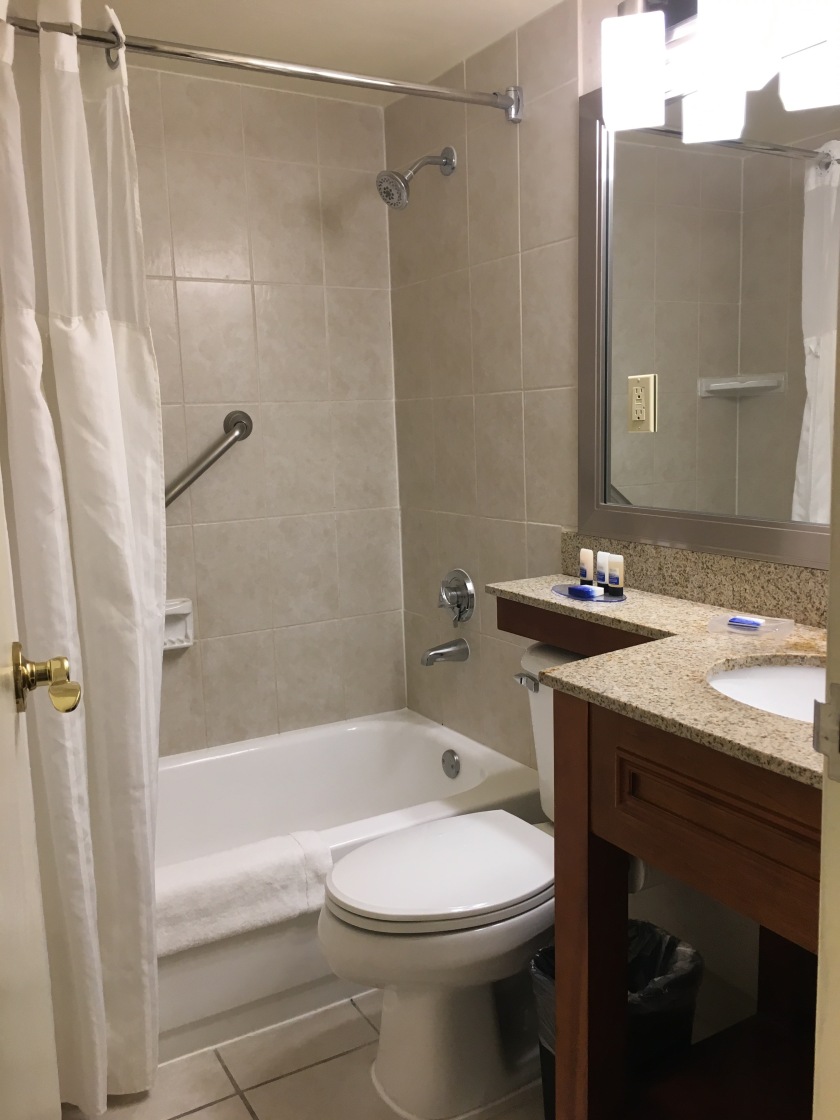 Okay, my bath is ready.